John Revill was born on a morning in March 1954 in the Toronto area and has lived in the Okanagan since the age of five. During his late teens he decided on a career as a painter and has stayed on that path ever since.

While never studying in a formal school of art, John has developed his talents through mentoring with other artists and through his own personal studies. Painters such as Alex Colville, Salvador Dali, and many of the Old Masters have had an effect on his technique and compositional style, as well as the art forms of Canada’s West Coast Indigenous People.

Most of John’s work embraces the Okanagan landscape and with his unique interpretation of trees, rocks, hills, and sky he opens the mind to an unspoiled and robust view of nature. But, more than the inspiring and sometimes playful trees, it is the colours—melding and twisting with the forms, carrying the viewer’s eyes and thought through the image—that sets his work apart. Colours that leap out from an image telling of the calm, or the storm of a sky, the serenity of a grass-covered hillside or the still icy freshness of a mountain lake in early winter. Colours and structures that in many ways reflect John’s own personality and character are present in his works—such as conflict with life, as in his image “Broken Sky”, and peace and full of life as in “Twilight Pines”.

John continues his work, at present, in his home in the Okanagan Valley. He is constantly developing and challenging his technique and style to bring us fresh new works of art for our minds. 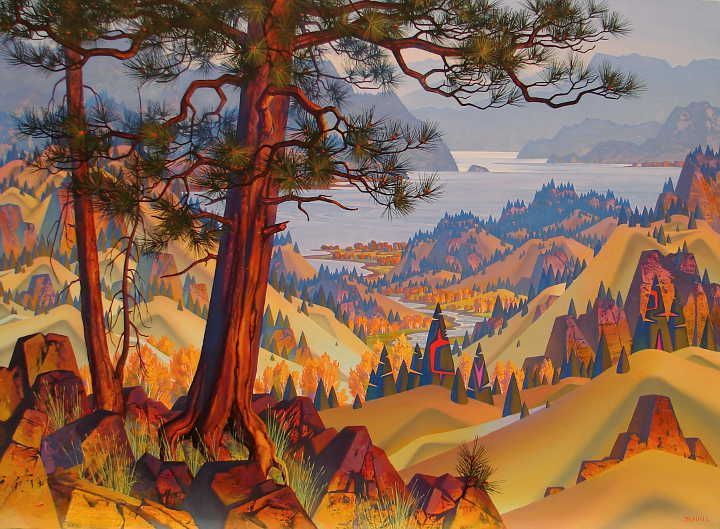 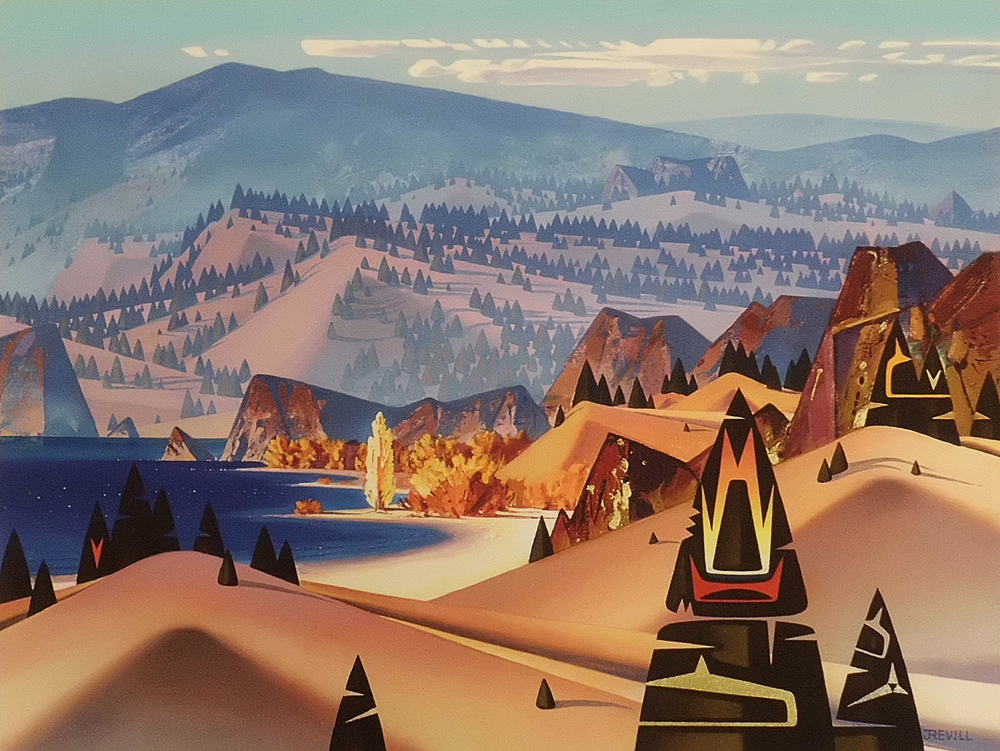 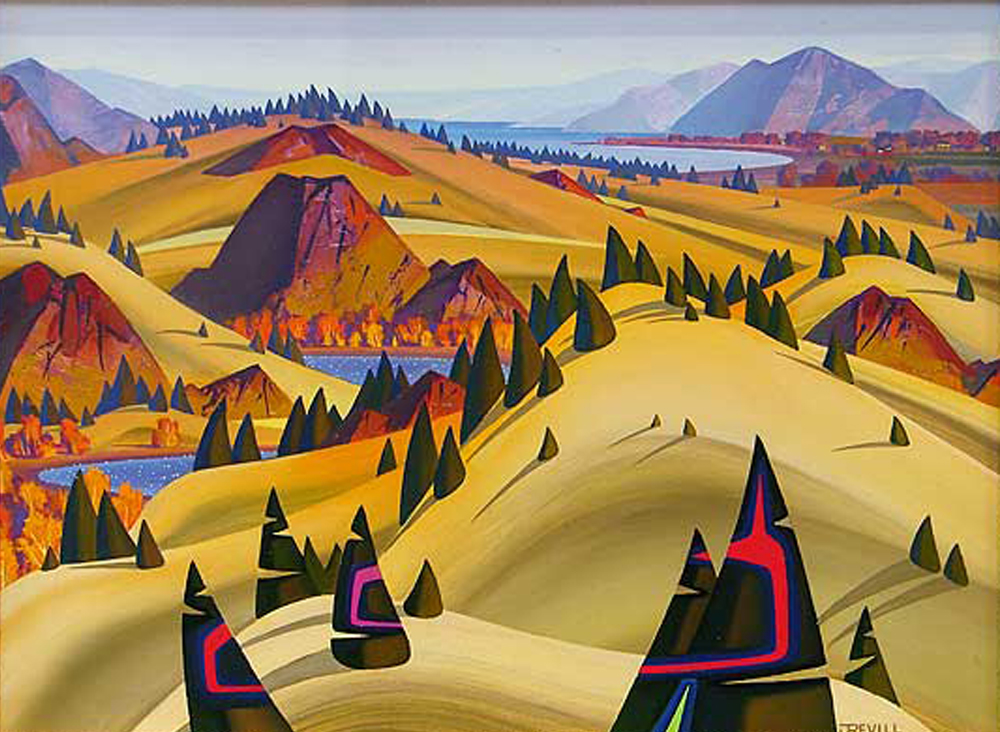 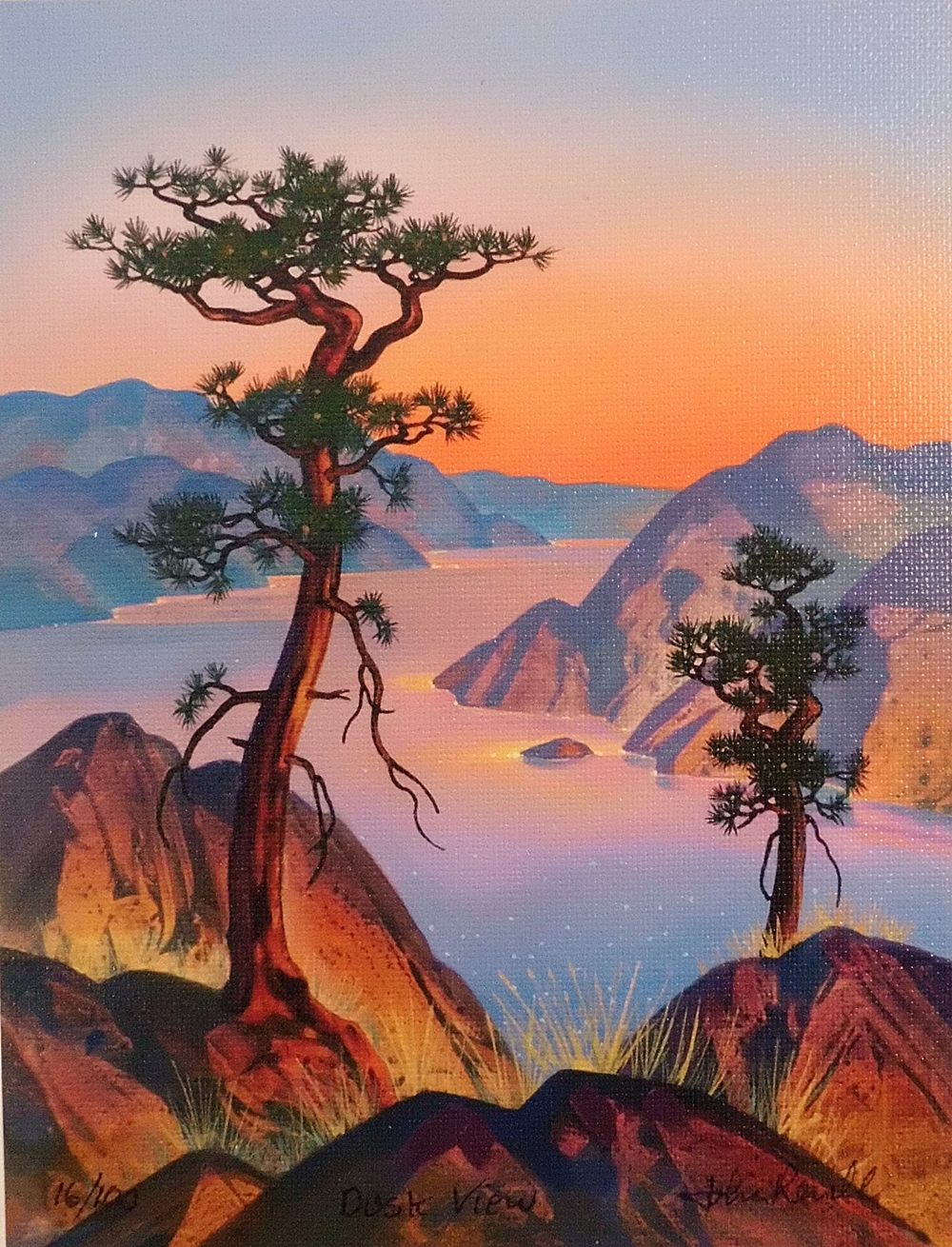 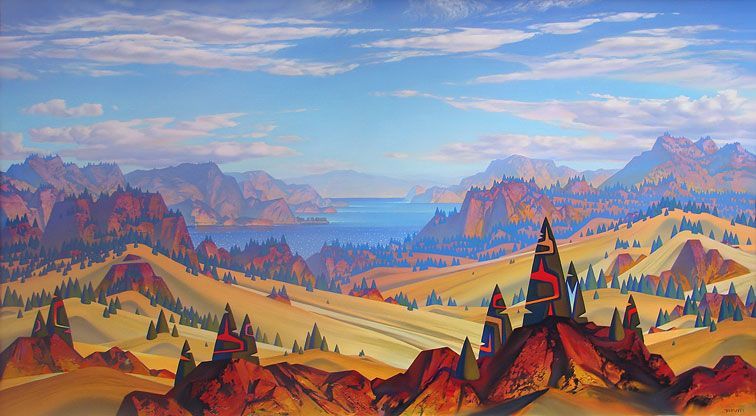 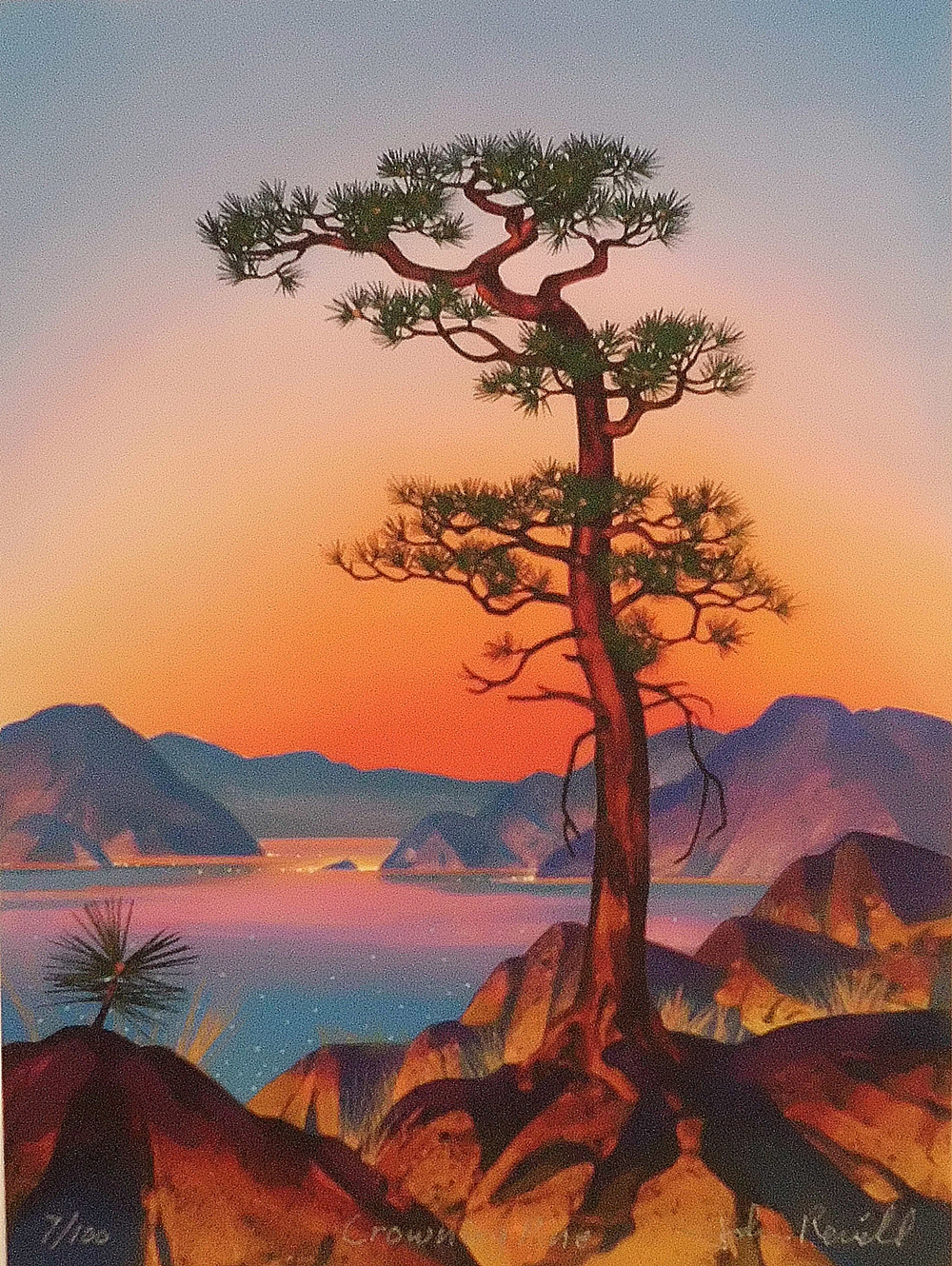 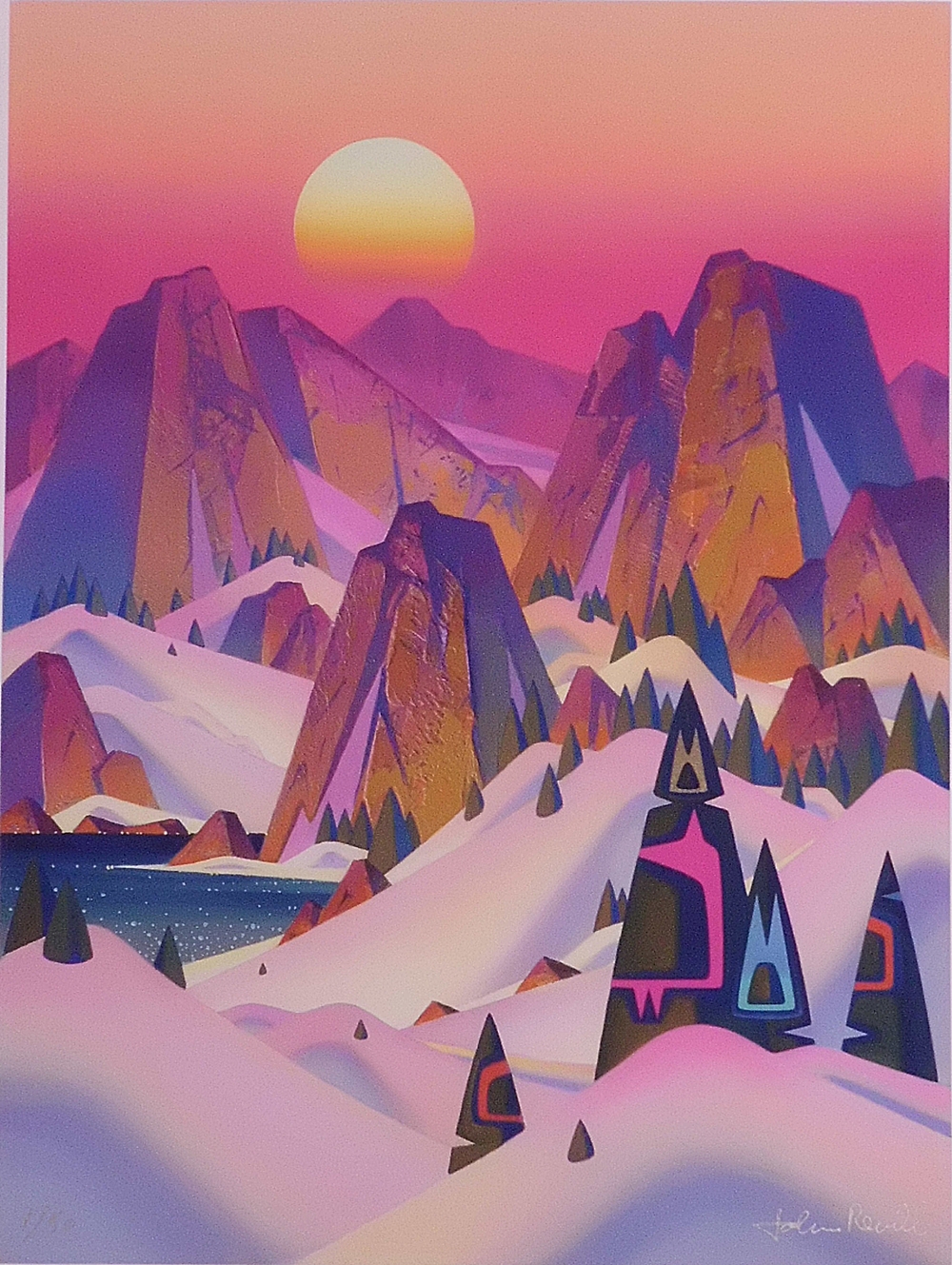 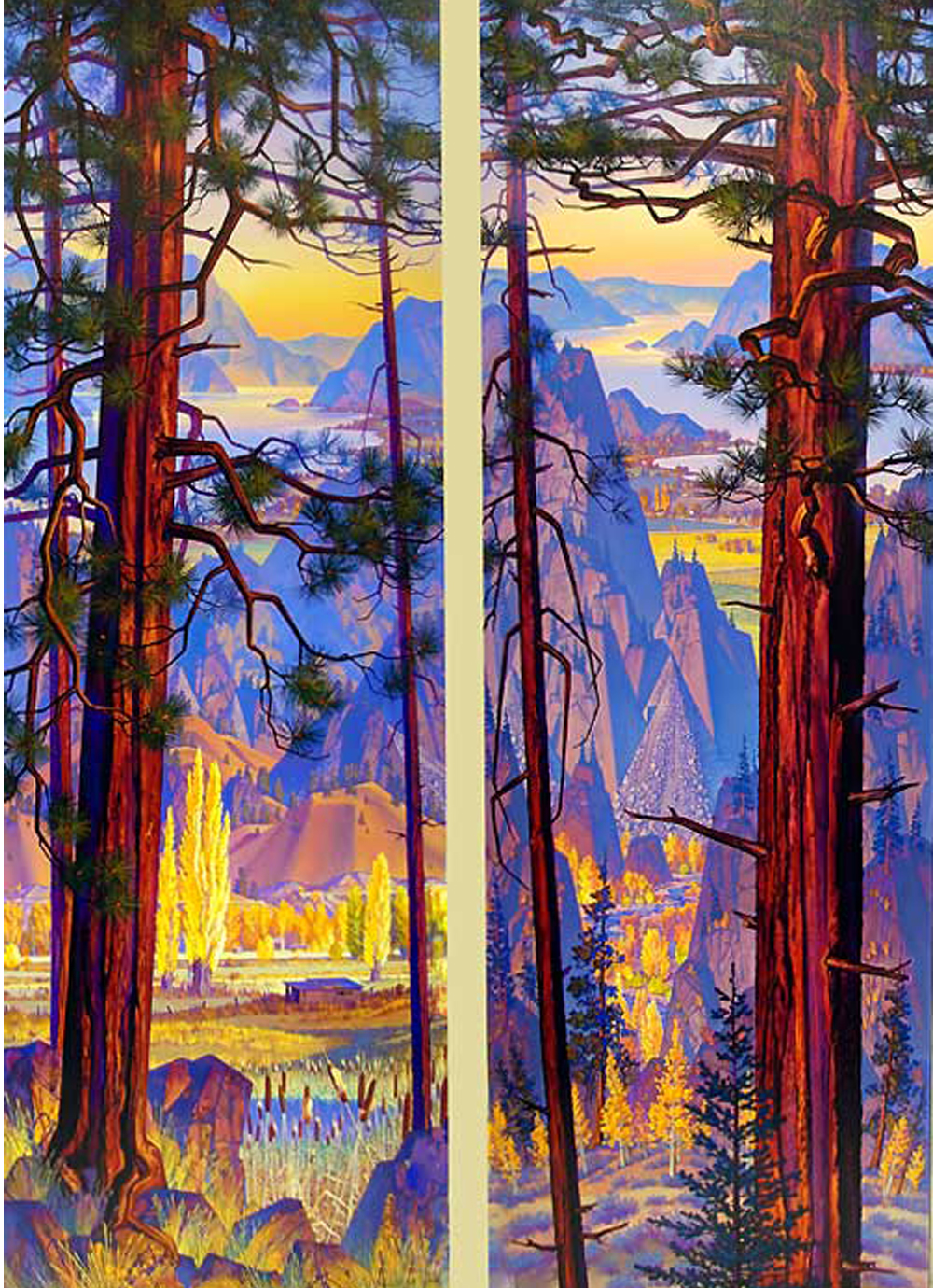 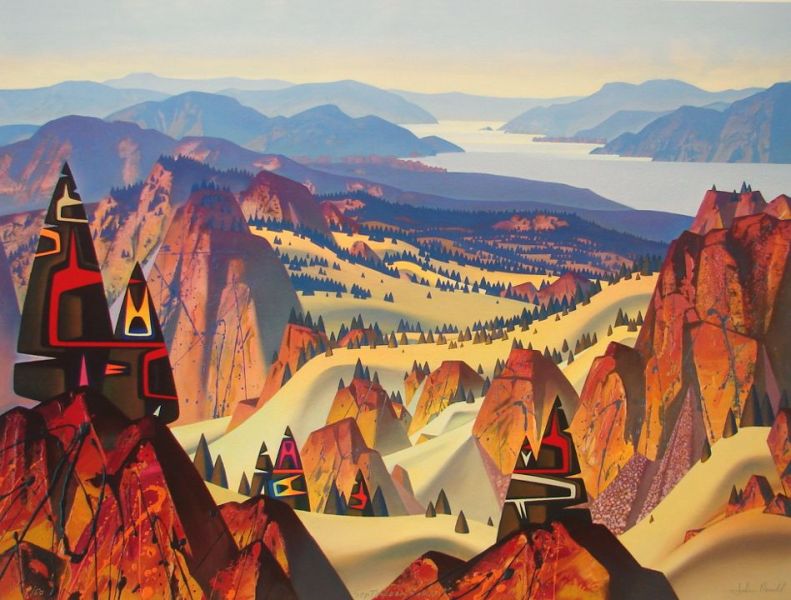 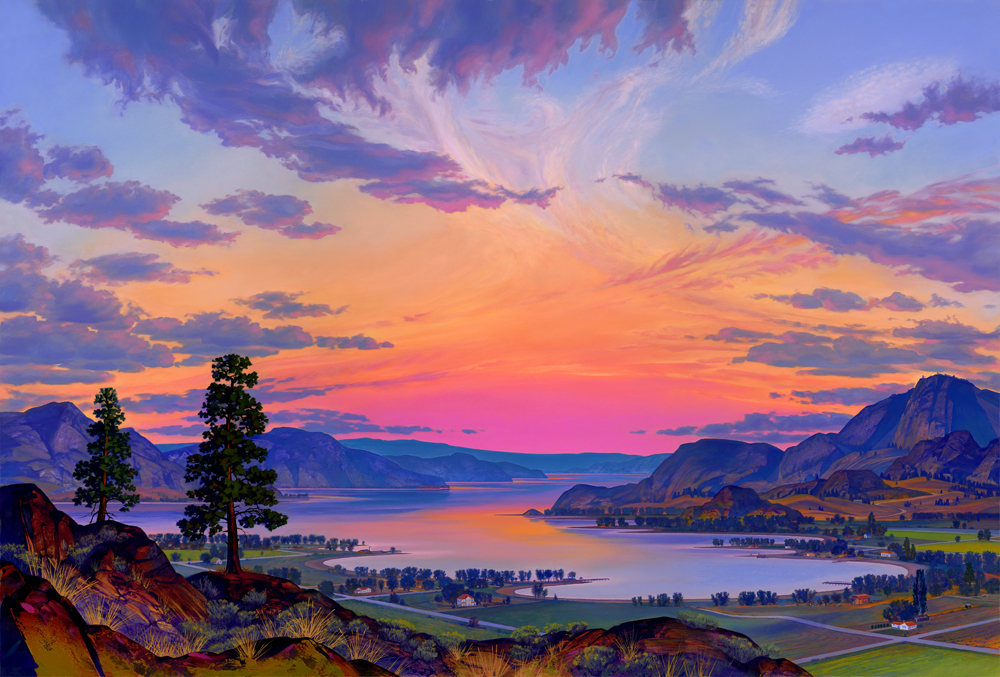 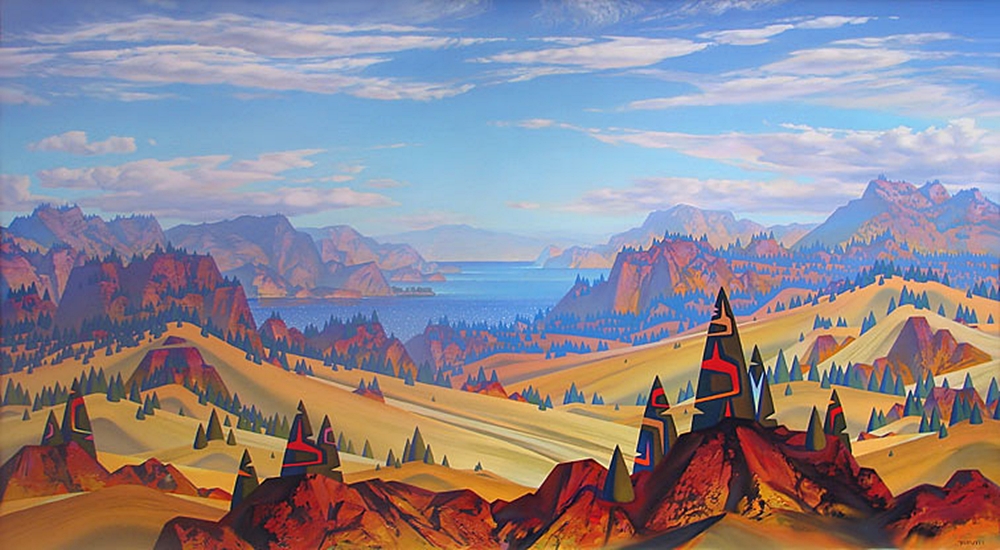 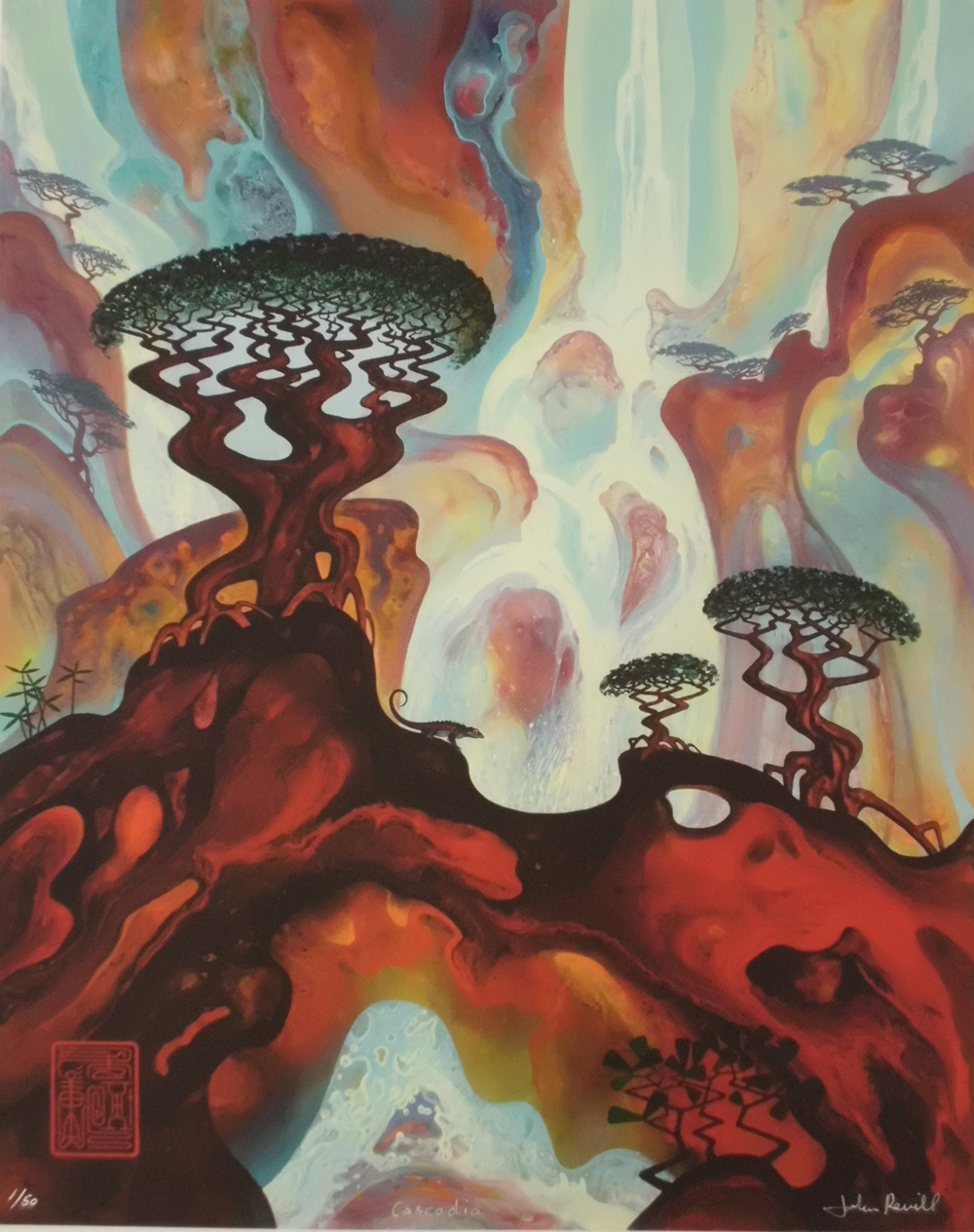